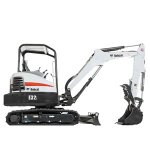 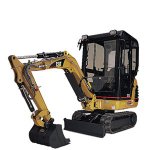 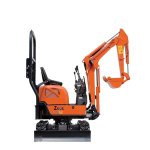 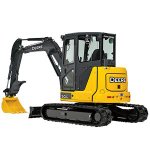 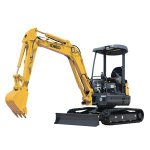 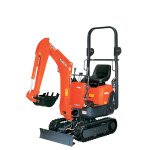 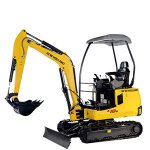 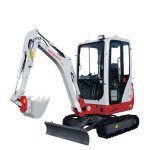 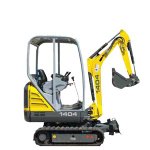 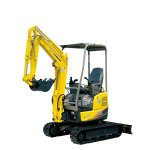 Why Get a Mini Excavator?

There are other advantages to the small size and low weight of a mini excavator. These two qualities mean that such an excavator is compact enough to maneuver in confined areas and light enough to do only minimal damage to the landscape. For example, a Zero Tail Swing (ZTS) mini excavator has a house that does not overhang its tracks and therefore allows 360-degree rotations without the cab bumping against obstructions.

Mini Excavator: What to Look For

Although they make up the smallest class of excavators, mini excavators are not as small as their names suggest. Mini or compact excavators weigh up to 18,700 pounds. While they are similar in size and functions, they come with varying features. Regardless of the designs, here are some of the most important features to look for in a mini excavator.

Engine Power & Cab Design
Mini excavators use diesel engines, and engine power determines the degree of push generated at the wheels and arms. While horsepower is one indication of engine power, other aspects of the engine, like the number of cylinders and torque speed, are also important. There are two cab designs for mini excavators: open and enclosed cabs. The latter is more popular, as it shelters operators from inclement weather and flying debris at construction sites.

Boom & Tail Configurations
The boom attaches directly to the excavator's house or cab and supports the arm and attachment of the excavator. There are three boom configurations: swing, fixed and articulating boom. You can only dig directly in front of the house with an excavator using a fixed boom. An articulating boom allows the arm to stay parallel to the excavator. A swing boom sits off-center and lets you see where you are digging. There are also three tail configurations: zero (ZTS), minimal and conventional tail swings. An excavator with a conventional tail swing is difficult to use in tight spaces; minimal tail swings are better, but ZTS are ideal for confined spaces.

Undercarriage & Tracks
Mini excavators have rubber or steel tracks. Steel is more durable and provides greater traction on loose grounds. Rubber causes less surface damage and can run over pavements and landscaped areas without damaging them. The undercarriage sits under the house and attaches to the tracks.

Attachments
Attachments make mini excavators more than just one-trick digging machines. Attachments sit at the end of an excavator's arm, and you can share them with other construction machines. Bucket attachments of different sizes and styles let you use your mini excavator as a multifunctional digger. You can also attach augers to drill holes in the ground, thumbs for hooking and lifting heavy loads, and hydraulic hammers for demolishing rocks and concrete.

Whether you are considering a mini excavator rental or planning on buying one, a compact excavator is uniquely suited for trenching and excavating as well as a broad range of utility work. It is not only faster and more efficient at cramped or small jobsites than regular-sized excavators, but it is also nimbler and has a lighter footprint.