As with other PaaS offerings, the Google App Engine manages many of the implementation details about maintaining virtual servers, operating systems and development tools. 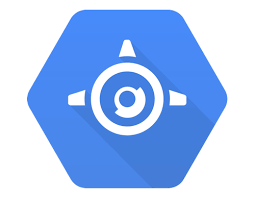 Google App Engine is a good option for developers wanting to focus on coding their applications while not worrying about system administration.

To view all of our recommendations for cloud computing services, visit our best picks page.

Some PaaS options, such as RedHat OpenShift, offer IaaS-like features that allow users to customize their environment to a greater degree. This is not the case with Google App Engine. With Google's PaaS, you get managed infrastructure and runtime environments that are guaranteed to scale as long as your applications follow the Google App Engine playbook.

Google App Engine is a development stack that includes support for multiple languages, caching, persistent data storage and basic access controls. If you can design your application within the restrictions imposed by the PaaS, you can leverage key components of highly scalable applications. It's a good option for developers wanting to focus on coding their applications while not worrying about system administration.

Google App Engine services are billed based on usage. Google offers free services for up to 28 instance hours, 1GB of datastore storage as well as 1GB of inbound and outbound traffic per application per day.

After you exceed your free quotas, you will be billed $0.05 per hour, per instance. The Datastore is billed at $0.18 per GB, per month for storage more than 1GB and outgoing bandwidth is $0.12 per GB. Other services, such as object storage, email API, and dedicated memcache incur per-usage charges as well. You can view App Engine's full pricing catalog here.

We didn't find a lot of issues in Google's service offering.

Google App Engine is a good option for developers wanting to focus on coding their applications while not worrying about system administration.

Matt D'Angelo
business.com Contributing Writer
I've worked for newspapers, magazines and various online platforms as both a writer and copy editor. Currently, I am a freelance writer living in NYC. I cover various small business topics, including technology, financing and marketing on business.com and Business News Daily.