Technology giant HP is primarily known for its laptops, desktops, displays, accessories and office printers. Over the past few years, it has delved into additive manufacturing. The HP Jet Fusion 3D 4200 is among the company's offerings, targeting businesses that are seeking to ramp up production of prototypes and functional products. 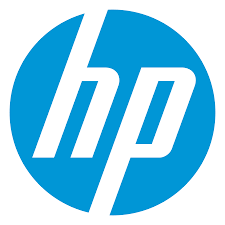 The HP Jet Fusion 3D 4200 may not be the fastest printer, but it produces a variety of items, often more precisely than objects made using traditional manufacturing techniques.

The Jet Fusion 3D 4200 may be one of the largest and most expensive 3D printers on the market, but it starts small – it builds a variety of objects at the molecular level. This printer creates functional pieces that not only look good but can be used for a variety of purposes from prototypes to commercial items.

The Jet Fusion 3D 4200 costs $268,000. While this is a costly industrial printer, compared to other options (and their limitations), the 4200 could help companies produce objects quickly and economically.

To view all our recommendations for 3D printers, visit our best picks page.

HP's printer uses multi-jet technology to build an assortment of items based on tiny voxels – the 3D equivalent of an image's pixel. With this ultra-fine control, the designer can adjust the item's geometry down to roughly 50 microns, or roughly the thickness of a human hair. The result is the ability to make items that would be very hard, if not impossible, using traditional manufacturing techniques.

To solidify the raw materials, banks of intense halogen lights shine on the substrate. For the item to comply with the designer's specs, the printer maintains a constant temperature across the object. The system uses a thermal camera to measure the temperature of the item and adjusts the temperature accordingly.

The 4200 can lay down layers that are 80 microns thick. It is capable of building more than 4 liters per hour. The 4200 can print a sheet consisting of small parts or a single item measuring up to 15 x 11 x 14.6 inches. It tops out at nearly 40 liters of build capacity.

While the output of other 3D printers can be handled and used almost immediately, the FJ 4200's parts require an extensive cool-down period (It can take as long as 31 hours, depending on the size of the part, for the system to cool.) However, you can reduce the cooling time with HP's processing station.

The 4200 uses Nylon 11 and 12 as well as a glass-bead-encapsulated Nylon 12 material that is more rigid. (HP has a polypropylene material in the works and is working with third parties to produce other materials.) The raw materials come in 3-liter boxes and much of the unused material can be recycled.

Currently, the 4200 can only make dark gray objects, but HP's next-generation 3D Fusion Jet 380 and 580 will be able to add cyan, magenta, yellow and black coloring agents at the voxel level. Additionally, HP is working on other developments, such as translucency and conductivity, which holds numerous possibilities for designers and mechanical engineers.

The 4200's touchscreen displays eight icons at a time for tasks ranging from Settings to Build Status. It has a light above the display to indicate the printer's status: a solid and blinking white means the printer is ready and is preparing to start the build process, yellow means an error has occurred, and a red light indicates the device requires your attention. Should something go wrong, there's a large red Stop button on the printer.

Next to the control panel is a USB port for inserting a flash drive. This option is best suited for quick prints. Data-heavy designs will need to be sent via Ethernet connection. (It does not have Wi-Fi capability or a USB cabling option.)

The SmartStream 3D Build Manager program reads .3mf or .stl CAD files and detects and fixes errors before creating the tooling paths needed to make the item. By contrast, HP's SmartStream 3D Command Center monitors the ongoing build and alerts you if something goes amiss (e.g., if the printer runs out of raw material). It lacks a built-in webcam to watch the actual build.

The software is only available for 64-bit Windows 10 systems. There is not a mobile app available for iPhones, iPads and Androids. The 4200 is compatible with Materialise Magics or Autodesk Netfabb.

There is some light maintenance required with this unit. After each build, HP recommends vacuuming the build area to remove unused fusing material. You'll also need to periodically check and clean the system's air filter, lamps and the printhead cleaning roll.

The printer is backed by a one-year warranty. (Extended warranties are available.)

In terms of customer support, HP technicians available Monday through Friday (24/7 support is not available). There are how-to articles, videos and warranty information on HP's website.

In the final analysis, HP's Jet Fusion 3D 4200 is the right machine for a variety of jobs, from rapid prototyping to manufacturing. While the unit requires a long cooling period, the designer's ability to control the build at the molecular level yields producing a number of objects that others can only dream of.

The HP Jet Fusion 3D 4200 may not be the fastest printer, but it produces a variety of items, often more precisely than objects made using traditional manufacturing techniques.