business.com receives compensation from some of the companies listed on this page. Advertising Disclosure
Home
> Business Basics
> Starting a Business
The evolution of Netflix
What can we learn from Netflix’s success?
What can we learn from Netflix’s growing pains?
Examples of industry disruptors like Netflix
What other industries are being disrupted?
Keep an eye on innovation in your industry

Digital Disrupt: What We Can All Learn From the Netflix Model 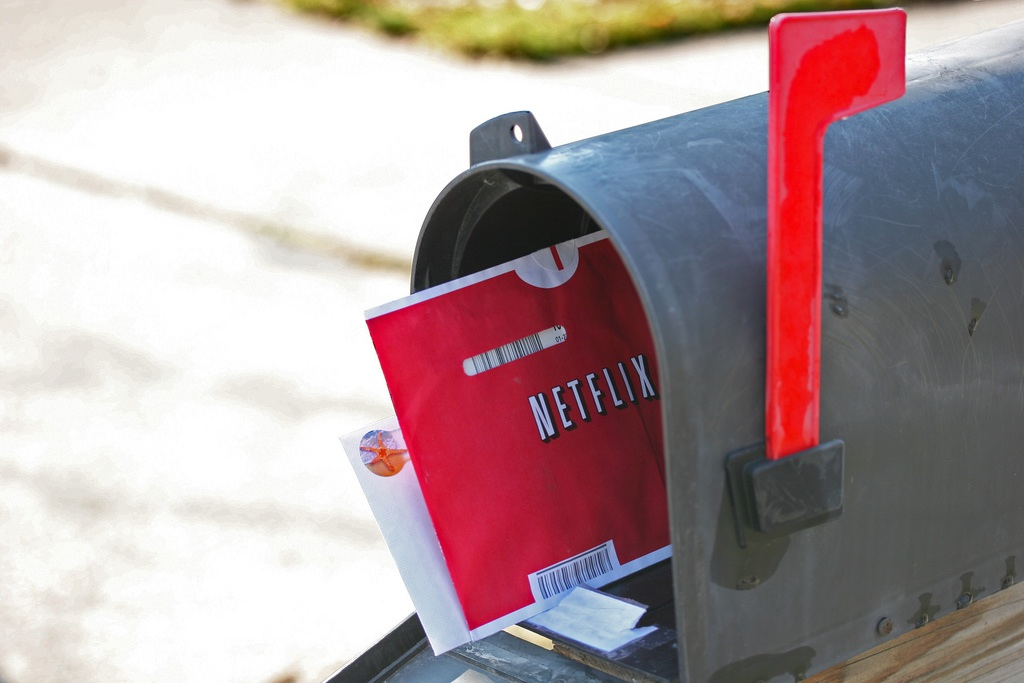 The past 20 years have been a fantastic journey in the world of technology, drastically changing the complexion of most businesses that survived the ride. For example, Netflix went from a modest DVD movie-rental subscription model to a digital media powerhouse that forever changed how we view entertainment.

Netflix’s ability to pivot, stay ahead of the competition, and set trends provides lessons for all businesses seeking success, growth and longevity in the digital age. We’ll take a closer look at Netflix’s journey, how it disrupted the media landscape, and what we can learn about digital transformation and innovation.

The evolution of Netflix

Netflix’s evolution is a modern tale of pivoting, staying ahead of the competition, and recognizing opportunities. Here’s a brief history of Netflix:

What can we learn from Netflix’s success?

Here are some lessons we can learn from Netflix’s continued success:

Did you know? Customer survey data is a great tool for staying ahead of the competition. Well-formulated surveys can help you identify consumer needs so you can innovate and lead.

What can we learn from Netflix’s growing pains?

Recent choppy waters indicate there may be additional digital media and business pivots ahead for Netflix.

In August 2022, Netflix lost more than 200,000 users – the first time it lost subscribers since 2011 – and its stock spiraled. Although those lost subscribers represented only 0.1% of Netflix’s customer base, the loss caused the company to assess content strategies in new ways.

For example, at the Cannes Lions advertising festival, Netflix co-CEO Ted Sarandos said the company plans to partner with Microsoft to test an ad-supported, lower-priced subscription level. It has also begun releasing some shows weekly or monthly instead of all at once – a departure from its “binge” reputation – and has started cracking down on rampant password sharing.

Netflix must also contend with other streaming platforms that produce excellent original content – an area where it once stood unchallenged.

As Netflix faces industry changes and pressure from the competition, it will likely strike a balance between continuing to do what made it successful and staying ahead of the competition by pivoting and identifying new trends. Netflix is sure to remain a streaming and original-content leader, but it also must continue to innovate.

Netflix isn’t the only digital disruptor. Here are some other major examples of innovation by industry leaders:

iTunes was the first major system for providing widely distributed digital content, and the concept turned the music industry on its ear. An antiquated system of music production, distribution and sales gave way to the new method of paying for only what you wanted and accessing it immediately.

Industry resistance to the iTunes distribution model was fierce, but iTunes prevailed. Artists could even self-produce and release music without studios or physical music stores.

Today, iTunes has pivoted to become the Apple Music app, which lets you stream and download millions of songs and access your music library.

2. eBay’s auction marketplace was one of the first “killer apps.”

eBay was founded in 1995 as AuctionWeb and went public in 1998. It was, in fact, the first “killer app.” The online auction model quickly took hold and became a favorite of internet-savvy users.

Initially, traditional retailers weren’t concerned because eBay was considered a place where people sold their “junk.” However, eBay became an e-commerce player with PayPal digital payment integration and took on the features of more traditional online sellers, such as implementing a “Buy It Now” button to avoid auction haggling.

Did you know? PayPal, once an eBay subsidiary, has done some digital disrupting of its own. The payment solution has grown to include PayPal business loans, and businesses can accept credit cards via PayPal.

3. Amazon started with books and became an e-commerce powerhouse.

Amazon’s book sales proved that the internet was a hugely scalable retail platform that didn’t require a massive real estate and workforce investment. Still, many retailers didn’t see the promise. The thought of shipping costs, packaging and returns gave them a headache, and adoption was slow.

However, Amazon began selling more than just books, and the concept exploded. At the same time, shippers such as UPS and FedEx saw the promise of this digital retail world.

Today, Amazon is the undisputed e-commerce leader, with offshoots such as Amazon Prime, Amazon Prime Video and its own digital devices. There are even Amazon business features to help small businesses.

What other industries are being disrupted?

Here’s a glance at some other industries undergoing digital disruption.

Keep an eye on innovation in your industry

Digital technology has been a massive disruptor in many industries, including retail, entertainment, communications and travel. Trying to track industry trends and predict their impact is complicated. However, seemingly unrelated or new innovations can damage your business or industry if you don’t take notice – and you can be sure someone will.

Sometimes, businesses have invested so much in infrastructure that it’s almost impossible to turn the ship, so getting an early start is crucial. Digital makes everything fast; it won’t take 30 years to scuttle an outdated business concept. No matter your industry, keep an eye on digital innovations and look toward the future.

Kimberlee Leonard contributed to the reporting and writing in this article.

Chad Brooks
business.com Staff
Chad Brooks is a writer and editor with more than 20 years of media of experience. He has been with Business News Daily and business.com for the past decade, having written and edited content focused specifically on small businesses and entrepreneurship. Chad spearheads coverage of small business communication services, including business phone systems, video conferencing services and conference call solutions. His work has appeared on The Huffington Post, CNBC.com, FoxBusiness.com, Live Science, IT Tech News Daily, Tech News Daily, Security News Daily and Laptop Mag. Chad's first book, How to Start a Home-Based App Development Business, was published in 2014.
Related Articles

How FinTech Is Changing Business (and Bank Accounts)

The Best Help Desk Software for 2023
More Related Reviews
Business Basics
01.23.23
Get Smart: What Is Business Intelligence, and Why...
Learn how your company can benefit from BI solutions and stay...
01.23.23
8 Ways Cloud Computing Can Increase Productivity...
Cloud computing has become ubiquitous in the modern workplace....
01.23.23
Open for Business: 5 Options for Setting Up an...
Whether you have a new business or want to add online sales as a...