business.com receives compensation from some of the companies listed on this page. Advertising Disclosure
Home
> Business Basics
> Entrepreneurship
How to manage a crisis in your business
Examples of businesses responding to crises

How to Manage Your Small Business Through a Crisis

Here are four tips for navigating a crisis at your business.

No matter how well managed your business is, all it takes is one crisis to grind everything to a crippling halt. This is especially true for small businesses, since they often don’t have the resources to sufficiently handle a crisis. A poor response to a crisis results in customer backlash and reduced sales, which, in turn, hurts a company’s bottom line and further tarnishes the brand. Learn how you can fight back in a crisis and stay in business.

How to manage a crisis in your business

If your small business ends up in the middle of a crisis, here are four steps to take to overcome it: 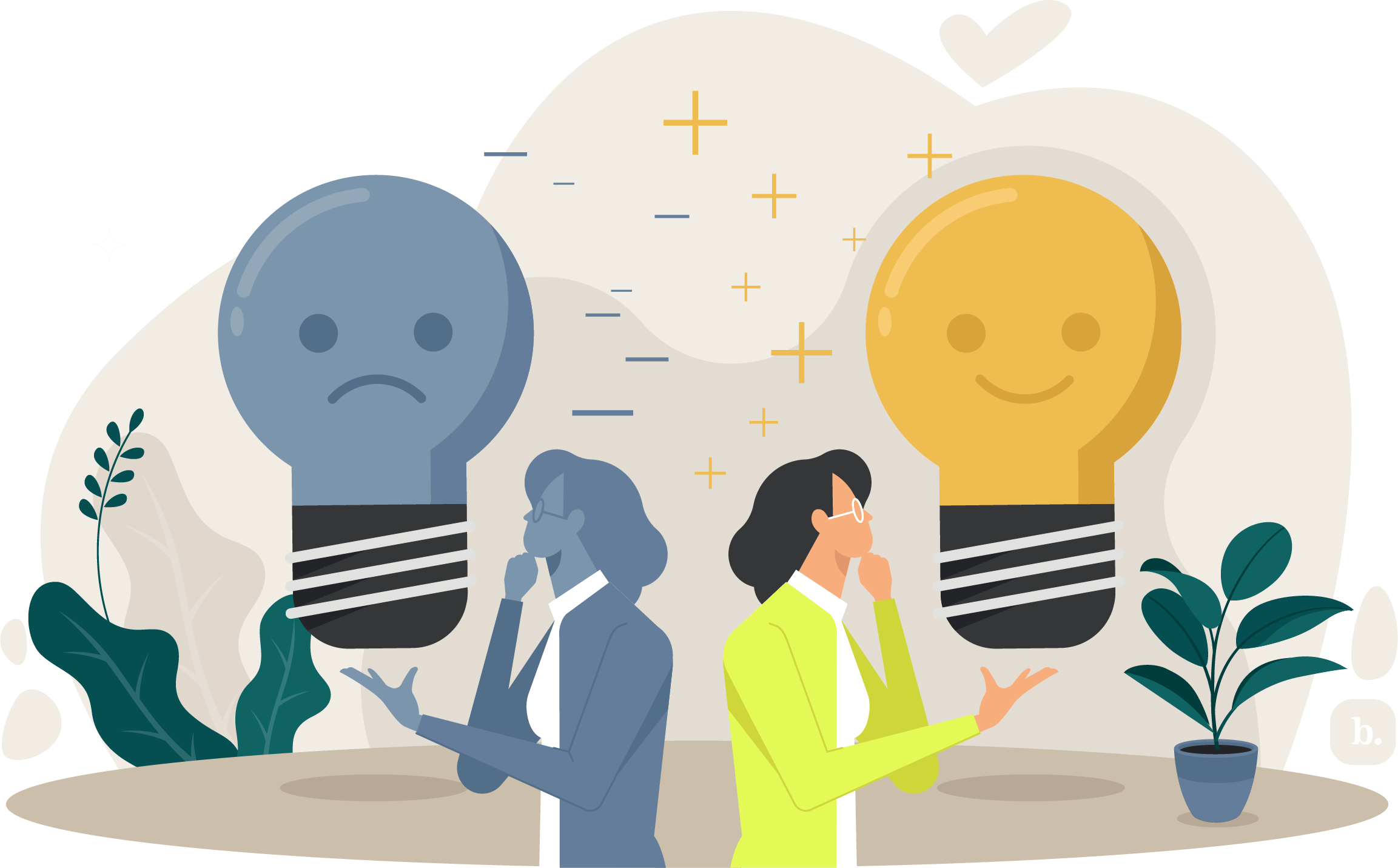 In times of trouble, remind yourself to never let your emotions get the best of you regardless of the size of your business. Instead, make an active effort to remain calm. This will enable you to analyze the situation objectively, ascertain the root cause of your predicament and come to a sound conclusion. Once you’ve recognized and defined the problem, you are halfway to solving it. Furthermore, remaining composed will reassure your employees and instill them with confidence.

If you get emotional when things go south, it will be difficult to consider all aspects and perspectives of the situation, thus causing you to form a judgment based on a select few opinions that can later prove to be catastrophic for the whole firm. Therefore, it is imperative to maintain your composure during this challenging period and make a calculated decision about improving matters.

2. Be honest with the public and the media. 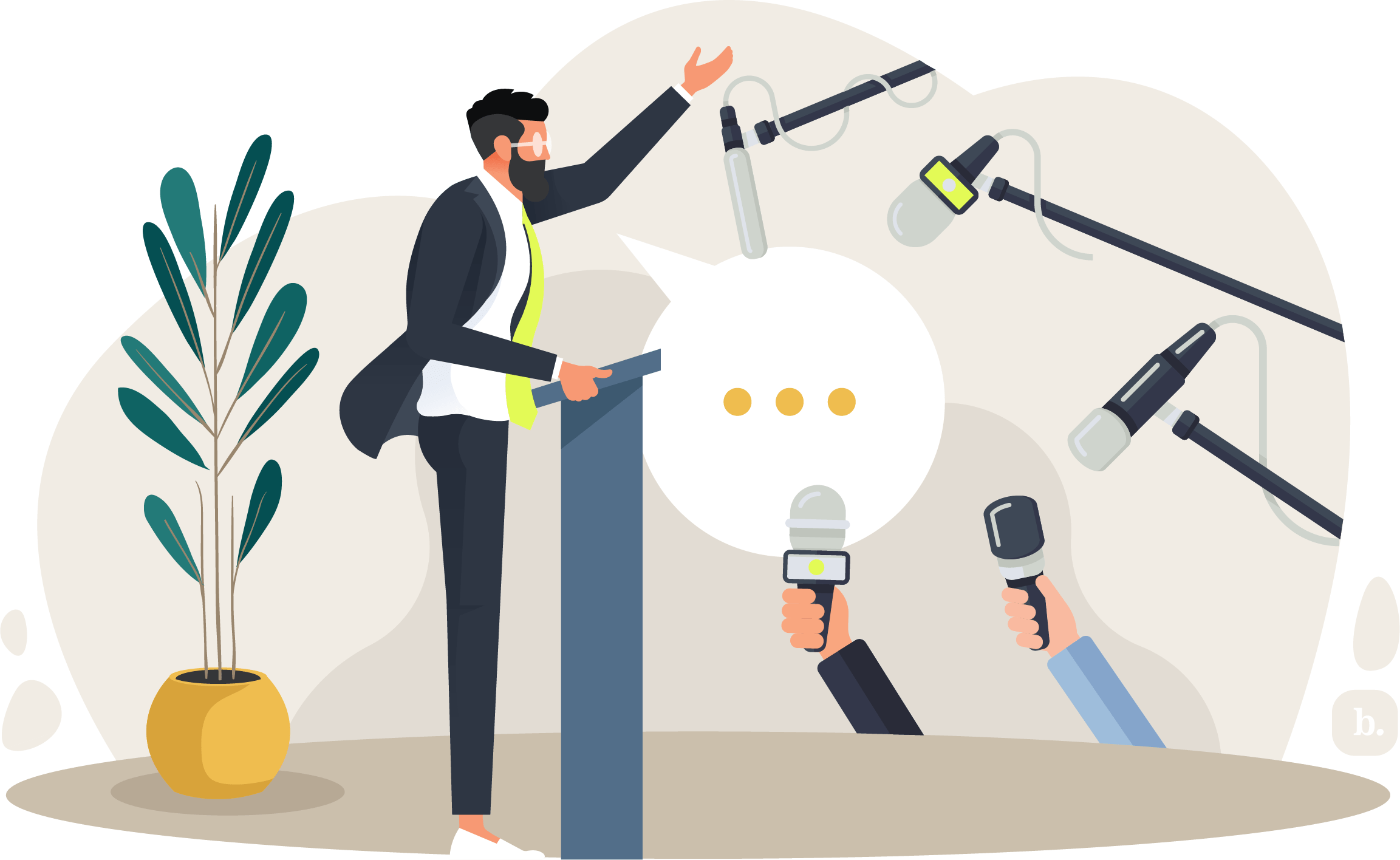 Maintaining a strong and positive communication channel with the media and the public is important. Many businesses disregard the need for accountability, but they are gravely mistaken.

After acknowledging the problem, you must brief the public honestly, sympathize with the aggrieved parties by demonstrating superior customer service and request their unwavering support. Maintaining honesty is key here, as concealing even the most minor factual evidence could be catastrophic. The truth will likely be revealed later on, worsening the situation and reducing customer and investor trust and confidence. Furthermore, ensure to debrief the public with clear language, avoiding jargon. 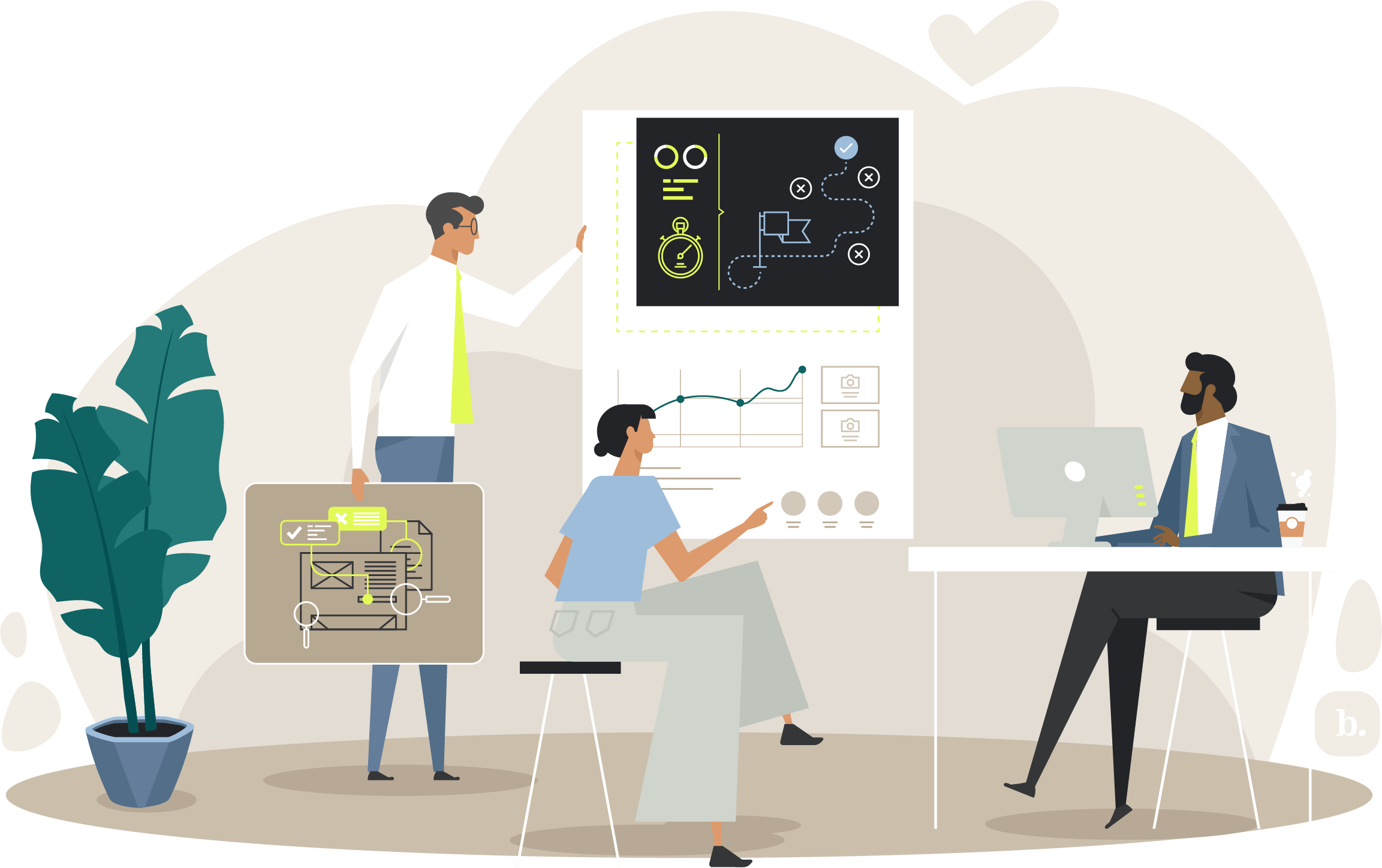 After effectively placating internal and external stakeholders, it is time to direct your efforts internally. The first step is to assemble a qualified team of individuals from various departments, such as finance, legal services and human resources.

Next, discuss the problem and determine the underlying causes. This healthy discourse will allow people to voice dissenting opinions, which are crucial to forming an action plan. The last step is to formulate a crisis management plan that is inextricably entrenched in the company’s philosophy and ideology so that the proposed remedy does not diverge from the company’s vision and affect further production. The final draft should be thorough and targeted to the situation. 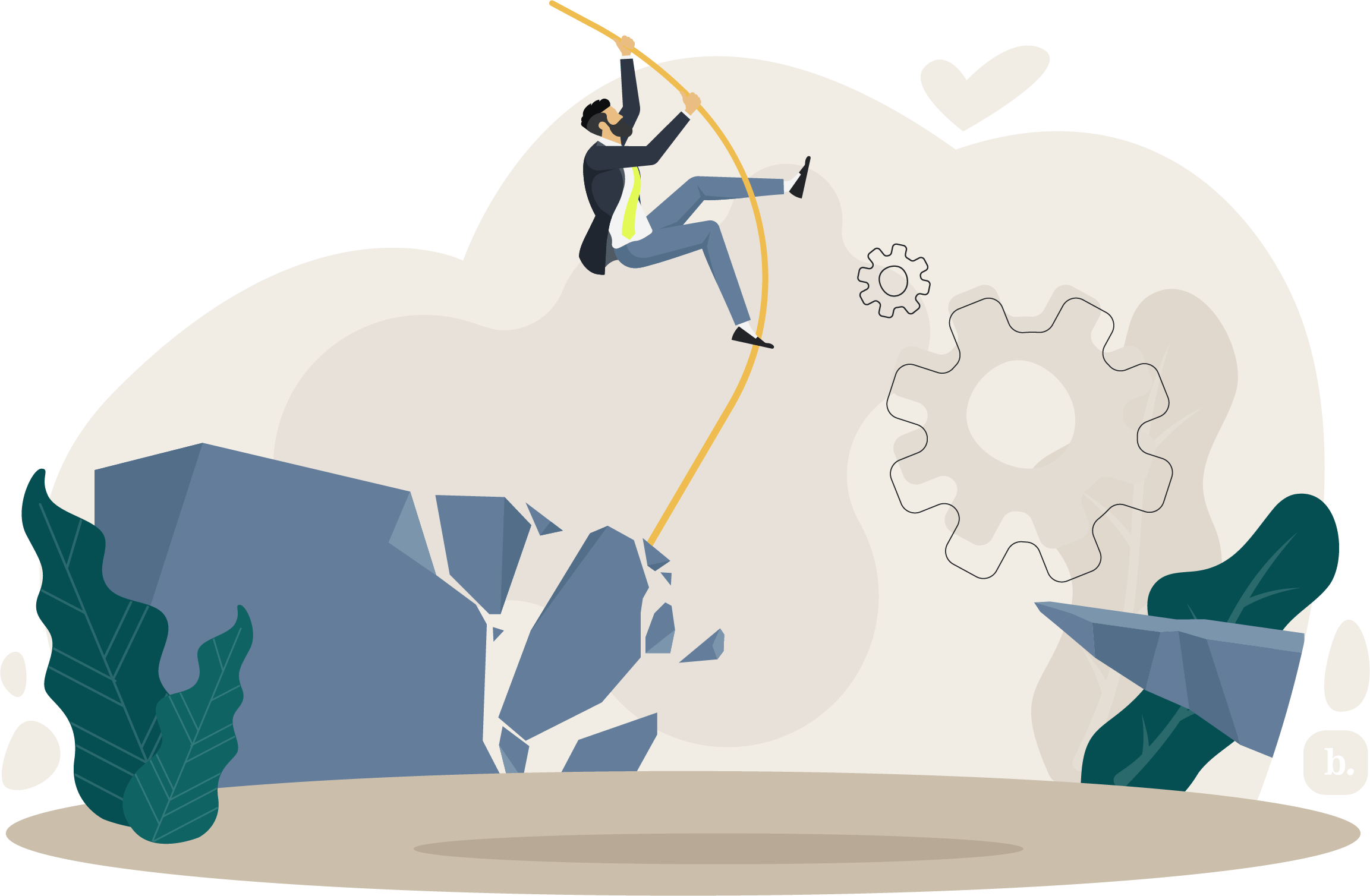 The last step is to evaluate the feasibility of the crisis management plan for your small business. Prior to implementing it, you should lay out some basic targets and yardsticks to measure progress. If the desired outcomes have not yet been achieved in the given time, you should adjust the strategy.

Flexibility is the key to a comprehensive solution, so be prepared to adapt and improvise when things are not going according to plan.

These four strategies make up a simple, effective guide to navigating your small business through a crisis.

Examples of businesses responding to crises

Major corporations are not immune to the negative publicity that a crisis can create, but when a company acts quickly, keeps communication open and accepts accountability, the impact is often mitigated. Consider the following examples of how major companies handled crises, and learn from their successes and mistakes.

Toyota suffered exorbitant financial damage between 2009 and 2011 following the release of vehicles with sticky accelerators that claimed the lives of innocent people. The company was slow to react and reluctantly recalled its faulty vehicles, incurring losses and damage to the brand’s reputation.

Bottom Line: The lesson for business owners is that a company should claim responsibility when there is a problem and take immediate measures to rectify the situation.

Another notable example is the PepsiCo “syringe crisis” in 1993. There were claims that cans of Diet Pepsi contained syringes contaminating the contents inside. Pepsi quickly fixed the situation, arresting the individual at fault and publicly apologizing for their mistake. As such, there was minimal effect on the Pepsi brand.

Business leaders can learn from PepsiCo’s example of tackling the problem head-on and dealing with it aggressively.

In 1989, an Exxon-operated oil tanker struck off the coast of Alaska and dumped millions of gallons of crude oil into the sea. In addition to receiving bad press, Exxon worsened the situation by refusing to acknowledge its fault and being slow to address the situation publicly. The unwillingness to cooperate, combined with a slow communication channel, damaged the company’s reputation, leading it to be labeled as an environmentally unfriendly enterprise.

Tip: This example shows the importance of keeping communication channels open during a crisis to prevent long-term damage to the company’s reputation.

In 2015, Anthem Blue Cross Blue Shield reported that it had discovered a security breach that compromised its customers’ information, including member names, health identification numbers, birth dates, addresses and income data. This incident affected more than 78 million people, but it could have been worse; Anthem Blue Cross Blue Shield acted quickly and was transparent about what happened, as well as offered the affected customers immediate options for identity repair assistance, credit monitoring and identity theft insurance.

FYI: Have a contingency plan so you can offer solutions to counter a crisis. Anthem immediately offered guidance and took steps to help, thereby keeping the brand strong.

After contamination concerns in early 2022, Abbott recalled some of its products, including baby formula. The company shut down its manufacturing plants to improve the facility. Months later, parents could not get baby formula because of production and supply chain issues. The Abbott Nutrition plant addressed its issues and reopened in June 2022. While Abbott was slow to address the initial problems, it made changes to its factory to ensure that its products were safely made, and the company plans to address the formula shortage with a new $500 million building.

The upshot? Take action as soon as possible to rectify any crisis affecting your business. It may be in everyone’s best interest for your company to remain in business, even if it takes some time to fix the issues.

Kimberlee Leonard contributed to the writing and reporting in this article.

Image Credit: fizkes/Shutterstock
Nabeel Ahmad
Nabeel Ahmad is a serial entrepreneur who has founded multiple successful businesses in the fields of marketing, software development, PR, e-commerce, and more. He is the founder and CEO of Vertabyte, a full-service digital media agency that partners with top companies, many of which have a revenue that exceeds the billion dollar mark, and helps them achieve all of their business goals. Nabeel has been a strategic advisor to many successful startups and brands, and regularly provides consultancy to them in crafting the best marketing and business strategies. At Vertabyte, his special focus is on leveraging the power of social media to boost businesses exponentially. An award-winning marketing expert, Nabeel has a deep understanding of modern marketing strategies and principles, and knows how to apply them to businesses to help them succeed. His expertise in marketing has allowed him to help a number of businesses increase their revenue by tremendous amounts. Apart from that, due to his PR expertise, he has been able to get many companies and public figures featured on top media publications like Forbes, Huffington Post, Entrepreneur, Inc Magazine, Business Insider, and more. Along with running many successful businesses, Nabeel is also an angel investor. He primarily invests in early-stage startups.
Related Articles

6 Effective Strategies for Communication in a Crisis

Online Reputation Management, and Why It Is Important

10 Lessons in Corporate Ethics From the GM Recall

PR Nightmares: What You Can Learn From the Biggest Business Blunders
More Related Articles
Related Reviews

The Best Help Desk Software for 2023
More Related Reviews
Business Basics
01.23.23
UN’s Sustainable Development Goals for Small...
The hope is to have all people, governments and businesses...
01.23.23
Put a Smiley on It: Should You Use Emojis in...
Emojis might be fun, but are they appropriate in the workplace?
01.23.23
Why Responding to All Your Online Reviews Is...
Find out why you need to respond to all your online reviews – not...
01.23.23
How to Rebrand Your Business
Follow these five tips to make sure your rebranding is a success.
01.23.23
How Businesses Are Marketing Green Innovation
Going green may ultimately boost your company's bottom line.