What Can You Learn From Google’s Reorganization?

Unless you’ve been living under a rock, you’ve heard by now that Google announced a sweeping reorganization of the company this week. Alphabet is the new parent company, with each of the individual businesses now operating as a series of subsidiaries, individually reporting to Alphabet CEO Larry Page.

Eighty-nine percent of Google’s $60B in revenue is generated by the search-driven advertising business, which is now run by the newly named CEO, Sundar Pichai, a Google veteran. The other subsidiaries; focused on robots, self-driving cars, helping to cure diseases, developing nanoparticles and extending Internet connectivity via balloons, will also each have their own CEO and management structures.

Google’s reorganization caught most people by surprise. There hadn’t been any public pressure from the investment community to reorganize the company, nor had there been rumors about management shakeups.

In the early 1980’s IBM clearly saw the dawning of the PC revolution, but given their strength in mainframe and large systems computing, as hard as they tried they culturally approached the PC business as an offshoot of their mainframe business, and ultimately ceded the innovation and leadership of the PC market to other companies.

In the early 2000’s, Microsoft clearly saw the dawning of the smartphone marketplace. Their approach put Windows as the operating system for mobile phones at the center of their strategy, which alienated developers and buyers and was ultimately unsuccessful.

With this new organizational structure, Larry Page is attempting to allow new businesses to develop without having to structure them based on the impact they may have on Google’s core search advertising business.

What fuels innovation is talent, and Google is in a battle to recruit and retain the best talent in the world. By creating subsidiaries, each with their own CEO and management structure, they create more opportunities for growth for internal talent and attract new talent to the company.

Google’s organizational model is not without precedent. The most obvious comparison is to Warren Buffett’s Berkshire Hathaway. The company wholly owns brands as diverse as Dairy Queen, Lubrizol, Fruit of the Loom, Helzberg Diamonds, Net Jets and BNSF Railway. Alphabet indeed. 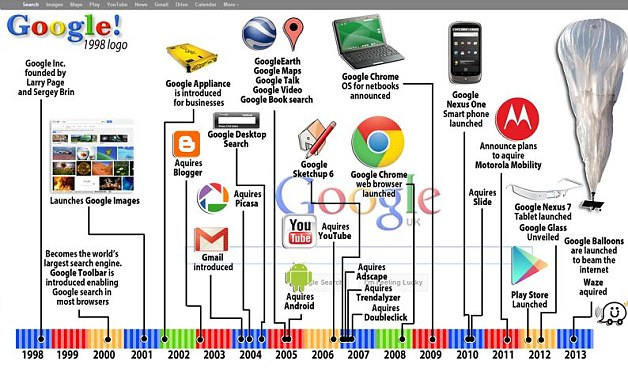 The common thread here is that each of these subsidiaries of Berkshire Hathaway operate as autonomous businesses, each run by a CEO and management team, that report into BH CEO Warren Buffett. This strategy has served Berkshire Hathaway remarkably well through the years, growing the company into one of the top 5 public companies in the world. They have also been able to retain and attract top talent by creating more senior level positions across the broad and diverse conglomerate.

You don’t have to be running a company the size of Google or Berkshire Hathaway to apply some meaningful lessons from their organizational changes. Here are a few ideas:

Tony Uphoff
Tony Uphoff, is CEO of Business.com. A uniquely accomplished operating executive with an unparalleled track record of building, growing and transforming media and marketing businesses, Uphoff has been a leader in business innovation and transformation for the last 20 years. Prior to Business.com, Uphoff served as CEO of UBM TechWeb where he led the transformation of a declining print-centric business into a fast-growing digital media, live event and marketing services powerhouse. He was President of VNU Media's Entertainment Group and Publisher of The Hollywood Reporter, building out and expanding the brands via digital media and live events. Uphoff served as Publisher of InformationWeek in the mid-90's, growing the brand into the largest in the history of B2B media. Uphoff also served in several key management positions at Ziff-Davis during the company's rapid growth in the early 1990's. Uphoff has been named "Folio Forty C-Level Visionary" by Folio Magazine, "Top Media Innovator" by Mins B2B and is regularly named in the Top 100 business media execs by B2B Magazine. Uphoff is acknowledged as an industry expert on media, marketing and technology and is a regular speaker at industry conferences and leading business schools. Uphoff serves on the boards of NTN Buzztime, the HIMSS Media Group and as a Trustee of Linfield College. He also serves as a Business Mentor at Mucker Labs Accelerator and on the advisory boards of the data company Connotate and the programmatic radio ad platform company Jelli. In addition to serving as a Market Expert on Business.com, Uphoff also writes about Media, Marketing and Technology trends on his blog Uphoff On Media.
Related Articles

Should Your Company Implement a Holacracy Organization Model?

Following In Zappos Footsteps: Is it Time to Shift to the Holacratic Workplace?

The Psychology of Choice: How Your Business Can Leverage Customer Decision-Making

Welcome to the Big Leagues: At What Point Are You No Longer A Startup?

The Best Business Loan and Financing Options of 2022
Many small businesses need funding to get started....

The Best CRM Software of 2022
This buying guide includes our best picks for CRM...
More Related Reviews
Business Basics
02.08.18
How Companies Can Change Their Culture to Attract...
Do you want more millennials to join and remain loyal to your...
01.14.16
Crystal Knows All: You’re Being Profiled
Crystal combs your online social media and compiles a personality...
Updated 03.29.22
Be Like Google: Utilizing OKR Software to Get...
08.20.12
Expert Advice on Business Workflow
09.29.15
Trust the Process: 13 Tips to Empower and Encourage...
The key to happy and productive employees is making sure that they...