Not Just a Game: Legal Considerations for Social Media Contests and Sweepstakes 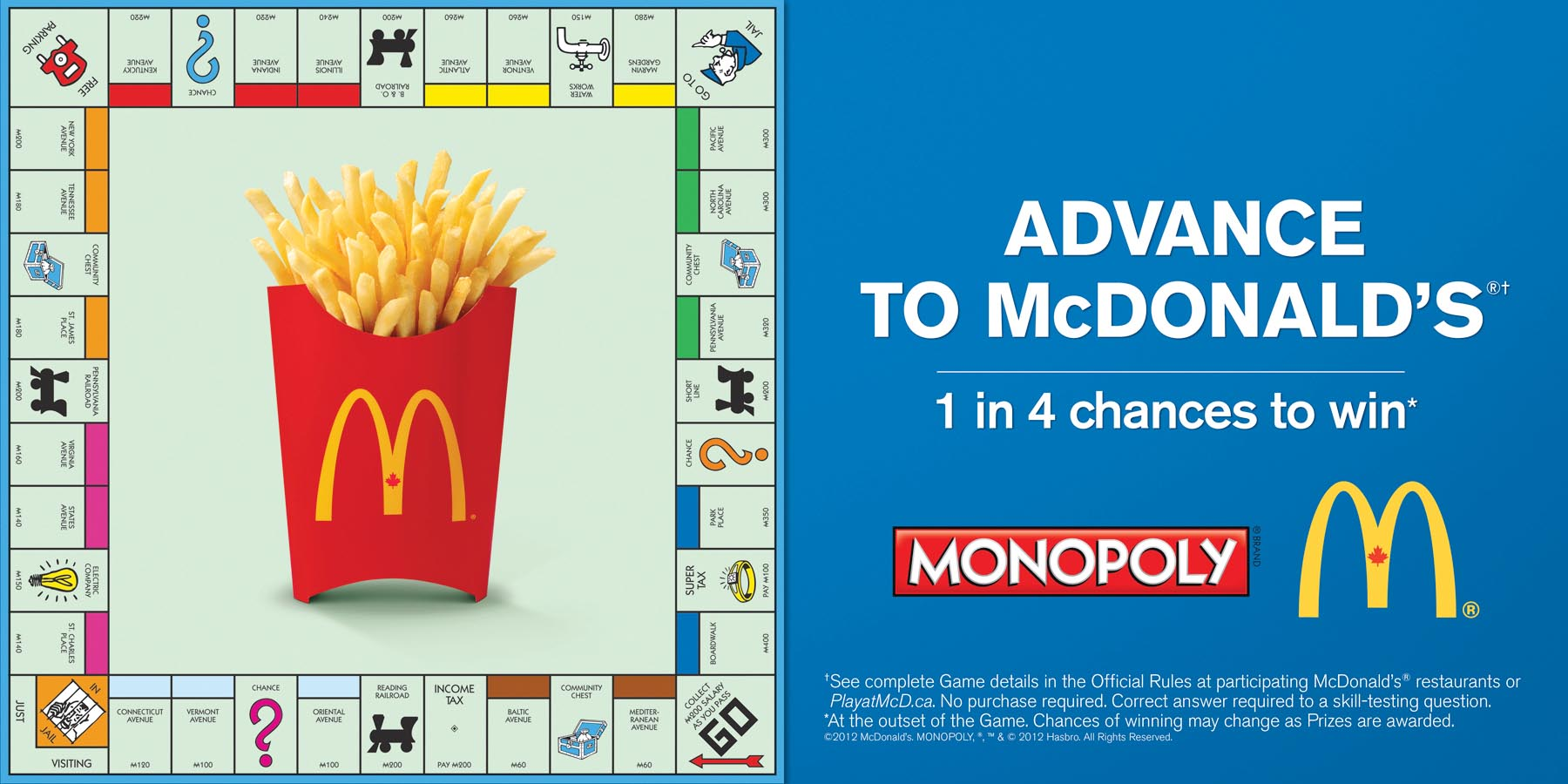 Eliminating the Chance of Illegal Lottery

As a starting point, a company running a promotion must make sure that it is not creating an illegal lottery. A lottery consists of three elements:

In short, a participant pays for the chance to win a prize, like purchasing a ticket in the hopes of winning millions of dollars in a state-run lottery. To avoid an illegal lottery and run a legal contest or sweepstakes, a company generally must eliminate one of the three lottery elements.

A lawful sweepstakes, for instance, will typically involve the chance to win a prize, but does not require consideration to enter.  A popular way around the consideration requirement for sweepstakes is the free alternative method of entry option.

Available under most state laws, this allows companies like McDonald’s to give away monopoly tickets to paying customers – consideration – because McDonald’s offers an alternative free method to enter the sweepstakes.  In addition, it is important to keep in mind that consideration can be more than a monetary payment.

If too much work to enter is required of the customer, this work and time put into the submission can turn into consideration and convert the sweepstakes into an illegal lottery; time is money, after all.

Conversely, a contest awards prizes based on skill or merit, such as art contests, cook-offs, or trivia contests.  Because the element of chance is eliminated, companies can require consideration for entry into a contest subject to applicable state laws. Further, although the entry requirements are somewhat relaxed when prizes are earned, not awarded, contests must also be administered within the confines of the law.

One Florida Hooter’s found this out the hard way.  In an effort to increase beer sales, the business ran a contest among its servers in which it promised the winner a new “Toyota.”  However, on the day she was supposed to be awarded the prize, she was blindfolded and escorted to the restaurant parking lot where she was given a “toy Yoda.”

Unsurprisingly, the winner was not happy. She quit and filed suit against the company to get her Toyota, alleging breach of contract and fraudulent misrepresentation. She won and Hooter’s bought her a new Toyota of her choice.  While this is an extreme example, it provides a cautionary tale that demonstrates the importance of planning a contest before jumping in head-first with a giveaway.

Complicating matters more is the fact that each state has its own set of laws governing promotions, and each law is different.

For example, Florida, New York, and Rhode Island require sweepstakes offering prizes over a certain value to be registered. Similar laws also apply to contests, especially if a purchase is required to enter. Arizona requires the company to register the contest with the attorney general’s office, including a sworn statement that no additional fee was added to the purchase price in connection with the contest.

Moreover, the official rules of the sweepstakes or contest must fully disclose information about the prize offerings, method of entry, and selection of winners. These are just samples of what may be required, so a company must always check the applicable state’s laws before engaging in a promotion.

While these same legal complexities apply to the online world, these are not the only legal considerations.  Indeed, most social media platforms, including Facebook and Twitter, have specific guidelines that must be followed and that are set forth in their terms of use.

Typically, a site requires acknowledgement that it does not endorse, promote, or administer the promotion.  Facebook requires that any promotion should be run through specific pages or apps, and not on any personal pages.  Twitter requires contests to discourage the creation of multiple accounts and posting the same tweet repeatedly.  A business that ignores the rules or fails to abide by them could find its promotion suspended, or worse, its entire social media account de-activated.

If this sounds like an arduous process—especially when running the promotion is so much easier online—that’s because it is.  Despite low barriers to entry, the risks associated remain as high as ever.  This is not to say that running an online sweepstakes should be avoided. Indeed, the opposite is arguably true; one study found that when it comes to successful marketing, social media has a 100% higher lead-to-close rate than traditional outbound marketing, such as direct mail or print advertising.

Therefore, while fully vetting the legality of a contest or sweepstakes may seem like a costly endeavor, the reality is that doing so is a necessary evil that can be worth it in the end.

Image Credit: AngieYeoh/Shutterstock
Daliah Saper
Daliah Saper is a Chicago based intellectual property, media, and business attorney that has handled many high profile cases (including one she argued before the Illinois Supreme Court). Daliah is regularly interviewed on national tv, radio, and in several print publications including Fox News, CNBC, ABC News, and The New York Times. She is the recipient of several prestigious awards including a 40 under 40 recognition by Law Bulletin Publishing Company. For the past 5 years, Daliah has served as an Adjunct Professor at Loyola University Chicago School of Law teaching Entertainment Law; she has also taught Internet Law as an Adjunct Professor at the University of Illinois College of Law. As a litigator she handles cases involving trademark and copyright infringement, domain names, trade secret misappropriation, right of publicity, defamation, and commercial disputes. As a transactional lawyer she helps clients choose the right business entity, drafts bylaws and operating agreements, negotiates terms of use, privacy policies, software licenses and other contracts, and provides comprehensive trademark and copyright counseling. Full bio available at: http://saperlaw.com/attorneys/
Related Articles

Social Media Stars: How Much Do They Really Make?

Paid vs. Organic Social Media: How to Strike the Right Balance

The Truth Behind Stock Photos: What Works and What Doesn’t

The Best Email Marketing Services and Survey Software of 2023
More Related Reviews
Marketing
01.23.23
Leveraging the Power and Benefits of Social CRM
Maximize your branding and customer service efforts via social...
01.23.23
Pin It to Win It: The Do’s and Don’ts of...
Boost awareness, drive sales and increase conversions with...
01.23.23
Brand Videos: How Much Do They Really Cost?
When creating a brand video, the first thing you're probably going...
01.23.23
The Write Stuff: 7 Award-Winning Company Blogs to...
Learn from blogs that deliver high-quality, original and relevant...