business.com receives compensation from some of the companies listed on this page. Advertising Disclosure
Home
> Human Resources
> Managing
What would Max Weber’s ideal organization look like?
6 characteristics of bureaucracies identified by Weber
Other characteristics of the ideal bureaucracy

The Management Theory of Max Weber

The bureaucratic management theory claims it will increase your business's efficiency.

Max Weber was a German sociologist who argued bureaucracy was the most efficient and rational model private businesses and public offices could operate in. His bureaucratic theories influenced generations of business leaders and politicians well into the 20th century.

While Weber’s theory prioritizes efficiency, it isn’t necessarily the best practice for leaders to implement.

Weber was unlike most workplace leaders today. His theory of management, also called the bureaucratic theory, stressed strict rules and a firm distribution of power. He would’ve scolded today’s managers, most of whom are open to new ideas and flexible work arrangements, for their leadership style.

“Precision, speed, unambiguity, knowledge of files, continuity, discretion, unity, strict subordination, reduction of friction and of material, and personal costs – these are raised to the optimum point in the strictly bureaucratic administration,” wrote Weber.

Many of Weber’s beliefs discourage creativity and collaboration in the workplace, and oppose flexibility and risk. 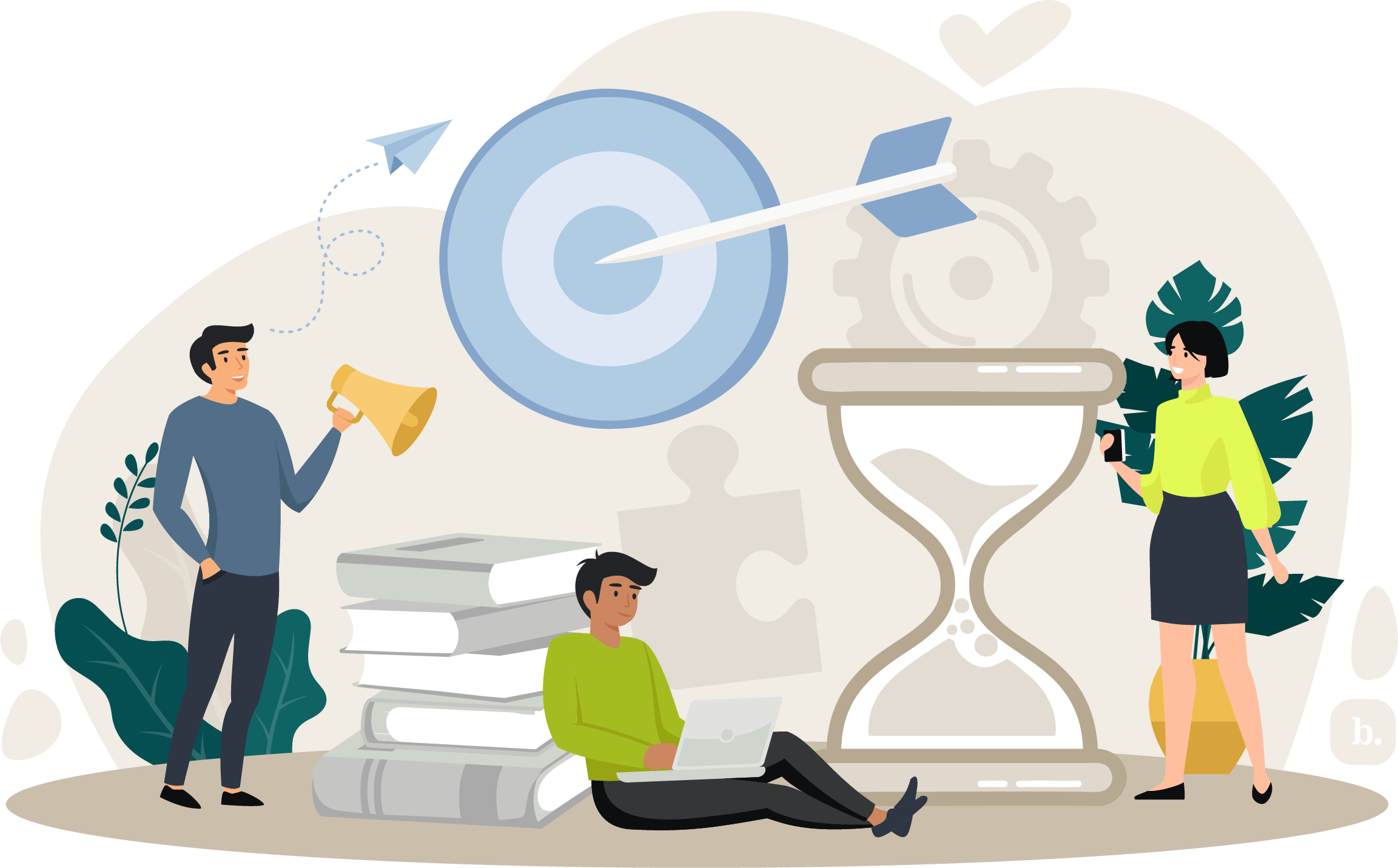 Weber believed that bureaucracy was the most efficient way to set up and manage an organization, and absolutely necessary for larger companies to achieve maximum productivity with many employees and tasks.

In an ideal bureaucracy, everyone is treated equally, and work responsibilities are clearly divided by each teams’ areas of expertise. A well-defined hierarchical management system supports this, providing clear lines of communication and division of labor based on the layer of management one worked in.

Advancement in the organization is determined solely on qualifications and achievements rather than personal connections. Weber believed the work environment should be professional and impersonal – “work relationships” are strongly discouraged. Overall, Weber’s ideal bureaucracy favors efficiency, uniformity and a clear distribution of power.

Bottom line: In an ideal organization, all employees and managers are treated equally and responsibilities are evenly divided based on each teams’ area of expertise. Weber also believed a work environment should be professional and impersonal.

6 characteristics of bureaucracies identified by Weber

According to Weber, these are the six characteristics of bureaucracy:

Other characteristics of the ideal bureaucracy 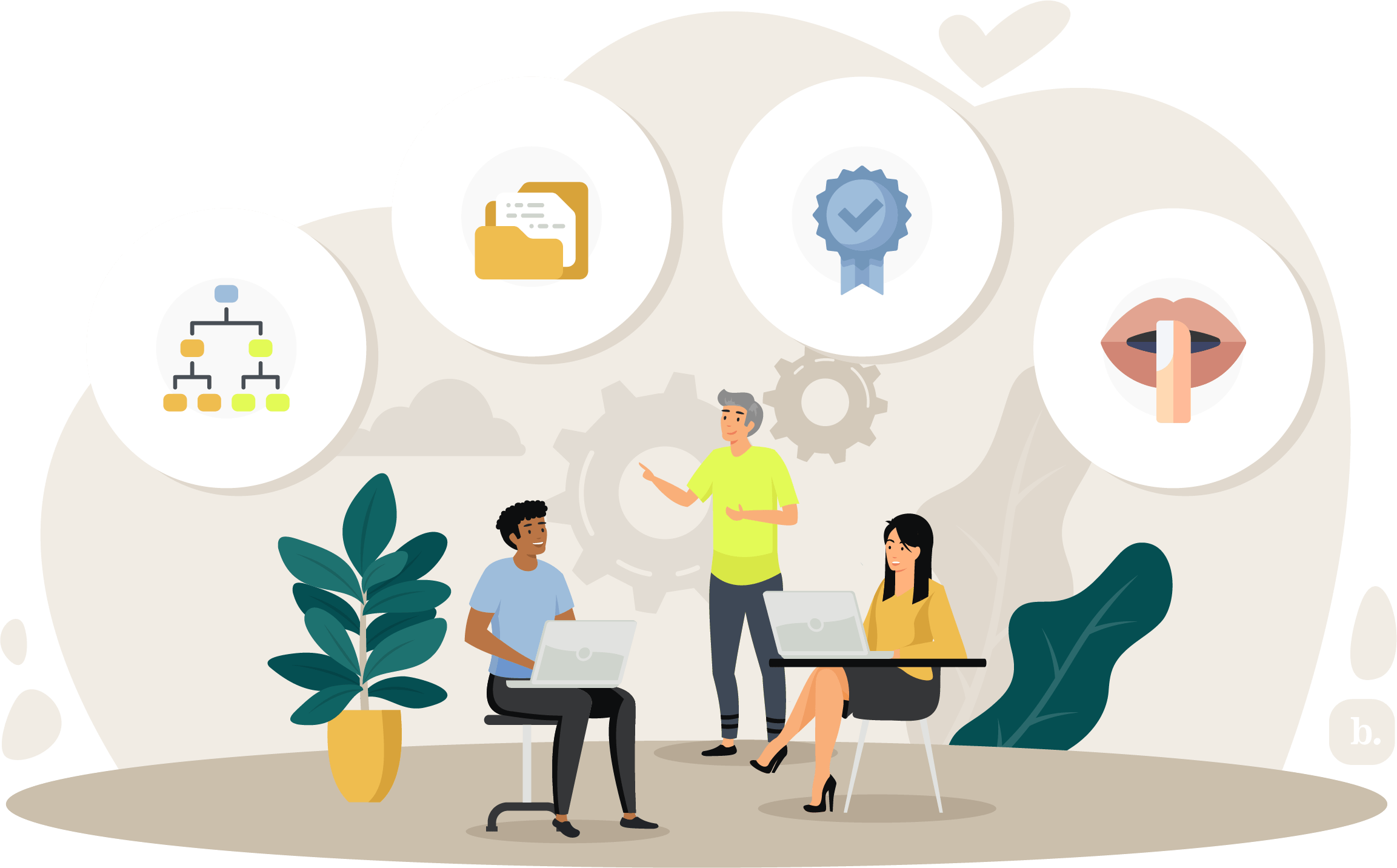 Weber believed that responsibilities should be delegated based on skill and ability. There should be no flexible roles. Rather, employees should be aware of their position’s responsibilities and stick to them. Straying outside of their designated roles only disrupts the hierarchy of authority. Therefore, collaboration, creative thinking and idea pitching are also strongly discouraged. Also, workers should respect their supervisors and not overstep boundaries.

According to Weber, leaders should take notes on every position, occurrence or concern that involves the company. That way, they can refer to it later and handle any issues accordingly. For instance, managers should record every responsibility of every role in the company so there are no misunderstandings. If an employee calls out sick or shows up late to a shift, their manager should keep tabs to ensure there are no negative patterns.

Additionally, workers should track their hours, and record their daily assignments and progress. Managers have the right to know how their employees are using (or abusing) their time.

Hiring based solely on specific qualifications

Weber advocated that only the most ideal candidates with the exact skill set required for the position should be hired to ensure the best results. There should be no nepotism or exceptions; only those individuals with the right skills and expertise who meet the high standards of the organization should be hired. If a person is not perfectly qualified, they are not a fit.

Weber did not condone any type of personal relationship in the workplace. He supported the notion that all work relationships are bound by rules and regulations. There should be no small talk, collaboration or sharing of ideas. Work is work, it isn’t a social outing.

Sammi Caramela contributed to this article.

What Is the Triple Bottom Line?

The Best Human Resources Software of 2023

The Best Business Phone Systems of 2023
More Related Reviews
Human Resources
01.23.23
Your Guide to Creating a Small Business Marketing...
Follow these templates and guidelines to get started on creating...
01.23.23
UN’s Sustainable Development Goals for Small...
The hope is to have all people, governments and businesses...
01.23.23
How to Identify a True Leader
The business.com community asked how to test for leadership...
01.23.23
Which Government Loans Are Available to...
The SBA and USDA offer loans to assist entrepreneurs and business...
01.23.23
Are You Paying a Living Wage?
Employees who earn enough to get by improve performance and...